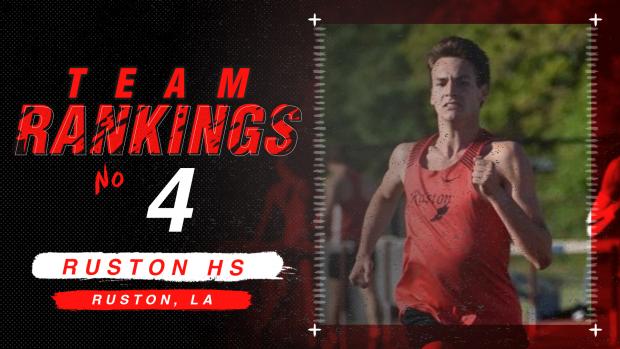 Last year, Ruston took home a 4th place finish after a close competition against Brother Martin with a separation of only 5 points at the 2020 5A cross country state meet. That year the team had two low-sticks within the top 5, Dyllon Nimmers and Caleb Babineaux. This year, only Babineaux is returning and there seems to be a slight separation between him and the rest of his pack. Although the team is losing two of its runners, Ruston still has some young runners that could make a difference in the pack. Not only that, but Ruston also broke the Louisiana 4x800m state record, it will be interesting to see if this fitness will translate into the cross country season.

Seniors Nelson Blackburn and John Davis Vessel return to fill in some missing places on the Ruston team. These two's common performances hang around the 17-minute mark for 3 Miles and both have personal bests around 10:40 for the 3200m. These two could fill in the gap that Ruston needs in order to stay in contention at the 5A state meet.

Junior Bryar Madden finished 7th for his team at the 2020 XC state meet for his first-ever state meet competition. Madden's personal best in the 3 Mile lies at 16:06 and is usually a close finisher with teammates Cole Maestrini and Thomas Rogers. During the track season, Madden had a very successful sophomore year with a 4:32 in the 1600m and 2:00 in the 800m. Madden has shown talent at a young age and it would not be out of the picture for someone like him to perform even better this season through his experience.

Junior Cole Maestrini held down the 6th position for his team at the state meet last year and recorded a best of 16:23. This was also Maestrini's first appearance at state competition, so there is room to improve through experience. He also managed to run 10:10 for 3200m as only a sophomore and 4:43 for 1600m.

Junior Josiah Whitaker helped Ruston score last year as its 4th man and a 52nd place finish. Whitaker equaled his personal best for 3 Miles last season with a 16:38 but went on to have an outstanding outdoor season. During his first-ever outdoor season, he recorded a 1:57 800m and 4:36 1600m. Keep in mind that these are times from a sophomore, the fitness shown from Whitaker's outdoor and cross country seasons are drastically different so keep an eye open for Josiah this Fall.

Last year was, now sophomore, Thomas Rogers's first season of competition. During that time he recorded a personal best of 16:23 for 3 Miles and finished 40th at the 5A state meet. Not only that, but he finished as the 3rd man for Ruston at the state meet as just a freshman. Rogers eventually continued to impress during the outdoor season with performances of 10:23 for the 3200m and 4:55 for the 1600m. Rogers has already shown great fitness and talent from a young age and could very well be the future of the Ruston team.

Senior Caleb Babineaux makes his return to the scene as the best returning runner for Ruston. Last year, Babineaux finished at a very strong 5th place right behind teammate Dyllon Nimmers, who was named the 5A champion. During the 2020 cross country season, Babineaux garnered a personal best of 15:32 for the 3 Mile and even ran a 9:51 two-mile. He continued to perform well during the outdoor season with an impressive 1:57 800m and an 8th place finish in the 5A 1600m. Babineaux is currently the third fastest returning runner who competed at the 2020 5A cross country state meet and it will be interesting to see if he will be able to pull off a podium finish this year.