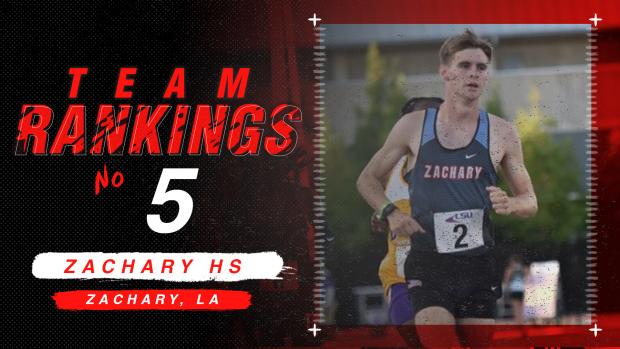 Last year at the LHSAA cross country state meet, Zachary took home a 7th place finish with 209 points to their name. The team looks to return five of those seven runners while losing its 4th and 6th man. The team will most likely rely on its strong low-sticks like Rhen Langley and Caleb Ackman due to a moderate gap between its runners. Zachary will most likely look to finish much higher than last year based on the explosive track season that was held during the Spring.

Juniors Dewan Fambro and Sebastain Madison were Zachary's 8th and 9th runners during the 2020 season with personal bests of 17:42 and 17:47, respectively. These runners will most likely come in and settle the team with a comfortable 6th and 7th runner, but leave a fair amount of room between them and Zachary's current 5th runner.

Senior Lejaune George returns as Zachary's 5th runner from the 2020 state meet. George finished 75th at the meet and garnered a personal best of 16:39 earlier in the season. During the track season, he demonstrated his speed with an 800m time of 1:58 and a 6th place finish in the LHSAA 5A 800m. George also competed in the 1600m and 3200m and landed times of 4:43 and 10:28 for each. These times could prove George's fitness and reveal fast times for the future.

Junior Dillon Moree rounded out the third position on the Zachary team this past fall and finished at 49th place, as well as finishing the season with a personal record of 16:41 over 3 Miles. Moree did not compete during the outdoor track season which only leads to speculation as to how he could perform this coming season.

Senior Caleb Ackman comes back as one of the top runners in the state with a very competitive track season under his belt. Ackman finished the spring season with a personal record of 4:23 for the 1600m and 9:39 for the 3200m along with 6th and 8th place finishes in the 5A field for each of his respective races. During the 2020 season, Ackman finished 21st in the 5A field and could very well return to claim a spot within the top ten.

Junior Rhen Langley is the top returning runner for the Broncos. For such a young runner, he already has a fair resume. Just this last cross country season he placed outside the top ten at 12th place and at 24th his freshman year. There will be no doubt that Langley will find a place within the top ten this year. This last track season he ran a 4:18 for the 1600m and 9:37 for the 3200m. On top of that, he claimed an indoor state title in the 1600m and a runner-up title in the 3200m. Langley has, by far, surpassed all expectations of a normal sophomore year and he will be sure to impress this cross country season as well.