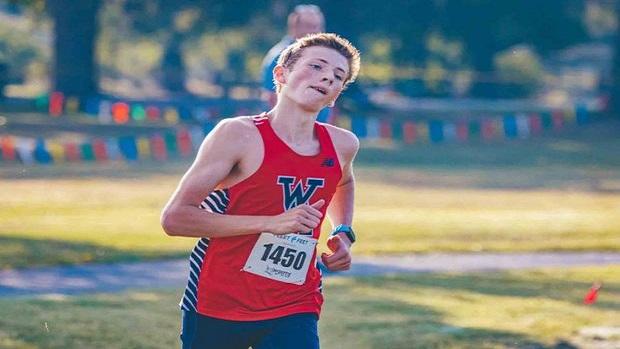 Who is MileSplit Louisiana's Boys' Performer of the Week? (Sept. 11-17)

In a word...impressive. That is the only way to describe the best performances turned in on the boys' side during week No. 3 of the Louisiana high school cross country season. We are asking our MileSplit Louisiana audience to determine our MileSplit LA Boys' Performer of the Week. The poll will close on Sunday, September 25th at noon. Previous polls have had 31,000 votes. We hope that this week's poll will surpass that mark.

Here are the finalists for MileSplit LA Boys' Performer of the Week...

West Monroes' Landon Spears - Absolutely ran away with the 2022 Warhawk Invitational. He had a strategy going in, but-- honestly-- no strategy was needed. He was that good. Last year's No. 11 place finisher at the LHSAA Class 5A State Cross Country meet, Spears is motivated in 2022, and he will be one to watch in the top classification at the LHSAA State Cross Country Meet on Monday, November 14th in Natchitoches.

Parkview Baptist's Ethan DeLatte - DeLatte, who is only a sophomore, is the leader of a PB team which is attempting to defend their state championship from a year ago. Iron sharpens iron, and there is a lot of iron on this team. DeLatte's second place finish at the St. Thomas Aquinas' BSN Invitational on Friday evening led his team to victory. DeLatte's three mile time was 17:03.

Jesuit's Brady Mullen - Jesuit head coach Cullen Doody alluded to some Blue Jays surprising folks in the team's opener at the Southern Showcase in Huntsville, AL. Mullen was just one that Doody had in mind. Mullen ran ahead of team leaders Jack DeRoches and Michael Vocke in helping Jesuit defend their Southern Showcase title from a year ago. Mullen's 5K time was 15:08.  Mullen's time is No. 1 in Louisiana and he  is one of 13 Jesuit runners in MileSplit LA's top 25 5K list.

Brother Martin's Eli Levy - The senior Crusader ran three mile time of 15:45, three seconds behind Belle Chase's Drake Breland, to finish as runner up at the Dominican/Holy Cross Invitational. He led a Brother Martin team which had all five runners in the top 10 of a race in New Orleans' City Park.