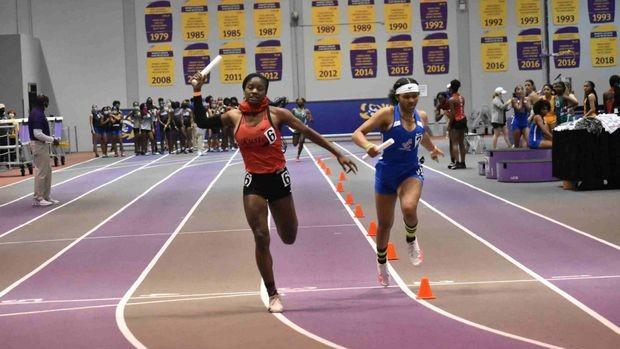 This weekend is the final chance for everyone to nab a qualifying mark for the state meet. The LSU Last Chance Qualifier is routinely a site for some of the fastest times of the season, outside of the state meet, so make sure not to miss it. Keep in mind some names to watch and don't forget to keep up with the meet by watching it live on MileSplit

The distance powerhouse Jesuit decided to make a last-minute appearance and registered some of its top runners in the 1600m, with Patrick Dowd, the 800m, with Robert Buisson and Lucas Sampedro, and the 3200m, with Noah Broussard and Samuel Hunter.

Strangely enough, Jesuit's top distance runners, Michael Vocke and Jack DesRoches are not entered in individual events. However, they are entered in the 4x800m and could give Catholic High or Zachary a run for their money.

Another last-minute performer is Jenna Key of C.E. Byrd. She has run just about everywhere but LSU this season, and this meet is her sole chance to qualify. She's racing the 1600m this weekend and has shown the fitness from previous meets to qualify for the state meet. She'll be facing off against some of the other top milers in the field for both large and small schools like Lucy Cramer, Svenya Stoyanoff, and Natalie Venkataraman.

Also, keep an eye open for the girls' 800m. Laila Jackson, who was the state champion for this event in both the indoor and outdoor season last year will make a last-minute appearance in hopes to qualify for the state meet. Also keep in mind teammates, London Parker and Najah Gibson. We'll also see some top distance talents double back from the 1600m like Ella Segura and Svenya Stoyanoff.

Look out again for Justin Horne, Broderick Davis, and Cody Smith in the 60m hurdles. These three are some of the best in the state, as well as the nation. In the girls' division of this race, there is the hurdle trifecta of Makeriah Harris, Demetria Harris, and Bryanna Craig. Just like the boys' race, these three are national caliber hurdlers and will surely put on the show during the finals.

The girls' 400m looks to be a loaded field with some of the top leaders in the event in the fast heat like Jada Williams, Makeriah Harris, and Bryanna Craig. This race, much like the 60m hurdles, will not disappoint.

You really don't want to miss out on this meet. Of the few names that were mentioned, there are plenty more that will captivate your attention this weekend. Make sure to tune into this meet Live on MileSplit Louisiana!