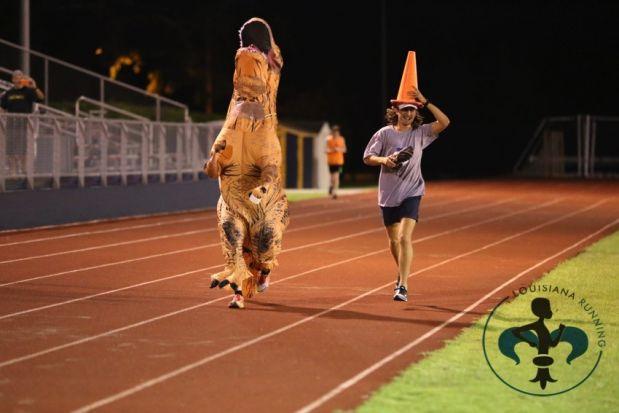 The return of the Meet Under the Lights was everything it was billed to be.  Both invite mile races saw good times and fast marks and the open events were fun as well. 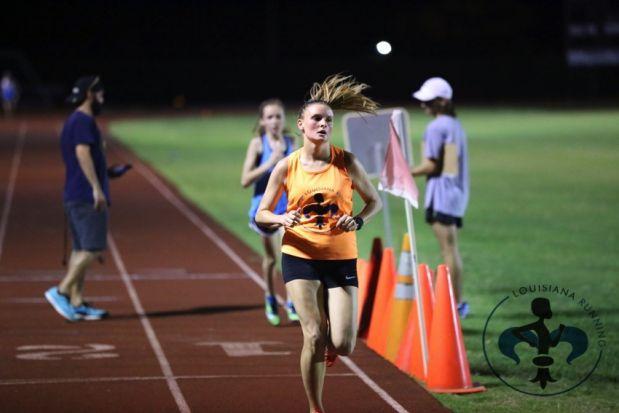 In our Grand Masters 100 dash, J Roger Brown of New Orleans, still running well in his 70's, finished first with a 17.15.  The awesome performances didn't end there as the team duo of #Winning (Sean Fitzwilliams and Jennifer Neil) won the 3 legged race in 1:17.76, not their PR but still a solid mark.  Sean would then claim a strong victory with a tight finish in the 500 meter racewalk, setting a meet record of 2:59.22.  Let it be known that right on his heels were the women of Louisiana Ultra Running, a strong group of ladies who usually run 50 milers. 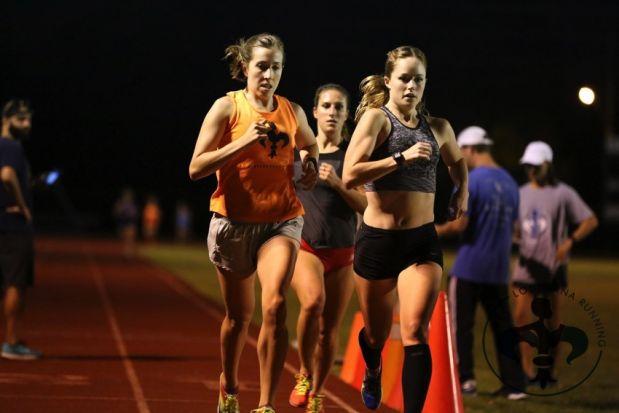 In our first of two invite sections, the women's field was loaded and featured runners from 5th grade to several years out of college.  An initial pack of Laura Doody (Carleton), Krista Moylan, Nicole Durham and Becky Younger came through the first lap in 75 before slowing a bit in the second lap.  Doody took over the lead after the halfway mark and never looked back, leading 3 women under 5:20. 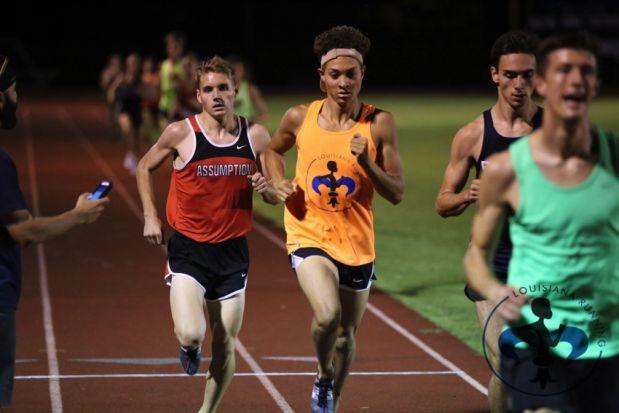 The men's race featured sixteen entrants from high school seniors to masters runners.  Top entrant heading into the race was sub 4 runner and Louisiana native Jarrett Leblanc.  He recently ran the Olympic Trials in the marathon this past winter.  His training partner Adam Saloom came in with the second best PR of the field in 3:52 for 1500.  There were also 6 high school runners including the top 4 LA seniors.  The competitors were a little bit more reserved than in previous years and a strong field came through in right over 60 with Beau Robinson taking pacing duties for the first couple of laps.  The field came through still together at around 2:06 for the halfway point.  The field spread out significantly in the third lap with Leblanc and Saloom pulling away from the rest of the top runners.  Devyn Keith, Harry Wiggins and Jacob Daigle were in the chase pack that zeroed in on Saloom in the final 400, almost catching him.  Leblanc won easily in 4:10.  5 of the 6 high school runners ran significant PRs and 4 of the top 6 1600/Mile times of the season for HS runners were set in this meet. 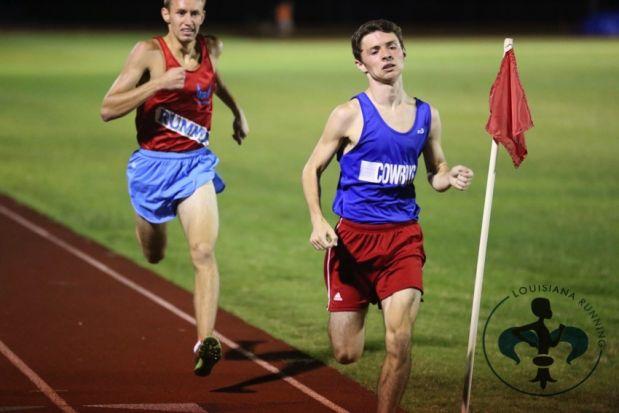 Race videos will be posted soon.