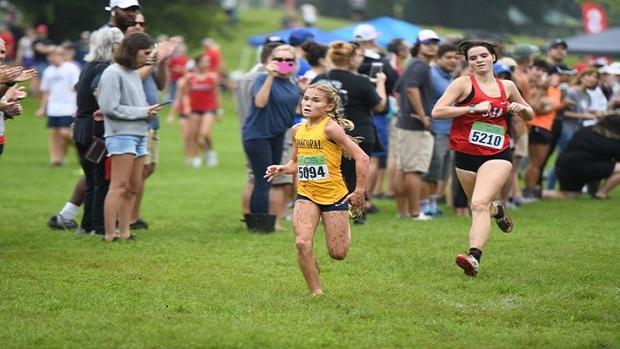 Out of 243 runners at last Saturday's Round Table Run  in Baton Rouge there was only one girl who ran faster than Episcopal seventh grader Molly Cramer. That was her sister, Lucy, an eighth grader who won the race with a time of 18:09.37, three seconds faster than her younger sister.

Earlier this year, during the outdoor track and field season, Lucy Cramer was recognized as a MileSplit Louisiana Future Star. So it's only fitting that this week we recognize the accomplishments of Molly Cramer.

After what the "dynamic duo" pulled off last Saturday, it's hard to talk about one without talking about the other. Just ask Louisiana Sport Hall of Fame Class of 2022 Claney Duplechin, who gets to coach the Cramer sisters.

"They are special," Duplechin siad. "I'm just so tickled that I get to run them. Sometimes you aren't able to run middle school kids. They are tremendously fun to work with. I am so proud of them."

Duplechin was little concerned with how fast the sisters started their race, but they were able to hold on.

Despite her age, Molly is no stranger to the big stage. She finished eighth at the NSAF Outdoor Nationals in the 3000m with a time of 11:46.24.

While it was tough watching her older sister from behind the flagging last year, Molly has shown in the first two weeks of the season that she is going to be on big sister's heels-if not sneaking past year. And that is just fine with Lucy Cramer.

"I really enjoy it because when she passes me it helps me," Lucy Cramer said. "I don't want to let her get away so I just stick on her and it makes me faster."

The Round Table Run was Molly Cramer's first big cross county varsity race, and she said the distance suited her.

"It felt pretty awesome because I like the three mile better than the two mile," Cramer said. "I like the longer distances. And it's great to race together again."