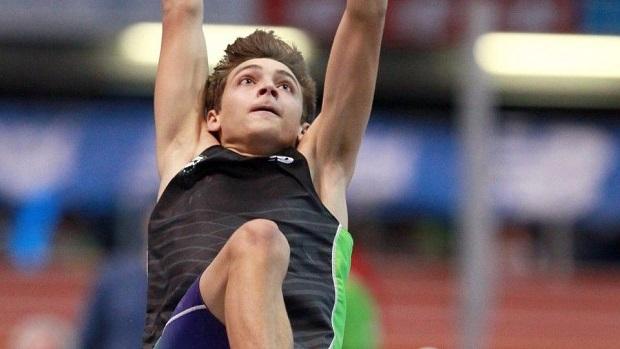 After breaking his own Word Record in Stockholm three weeks ago, Sweden's Mondo Duplantis says "all things are pointing in the right direction" for today's World Championships pole vault final in Eugene, Oregon.

The former LSU pole vaulter jumped 6.16 meters in a Diamond League meet on Thursday, June 30th in front of a packed house. The Stockholm crowd stood and clapped as Duplantis sprinted down the runway headed for his sixth world record in the last two and half years.

After his world record performance, Duplantis referenced the World Championships in an interview with NBC Sports.

"I feel like I am definitely in shape to win my title and maybe to do something special in Euguene," Duplantis said. Duplantis, who was born and raised in Lafayette, spoke with FloSports after the qualifying round. His take away from that experience was the conditions of the track.

"On my first jump, I was surprised how fast I felt on the runway, to be honest," Duplantis said. "It's an insanely fast track. It's a place you can defintely jump high. You just have to make that adjustment to it."

Of course the high temperatures played a part in that, and Duplantis mentioned the heat in his post qualifying interview.

"I'm like the warm weather," Duplantis said. "I'm hoping we get some good weather on Sunday. I jumped a lot in the summer in Louisiana.  I'm very used to warm weather, I think. My body responds better to warm weather honestly."

Coverage of the tenth and final day of the World Championshsips will be on CNBC from 9-10pm and NBC from 10-11pm.