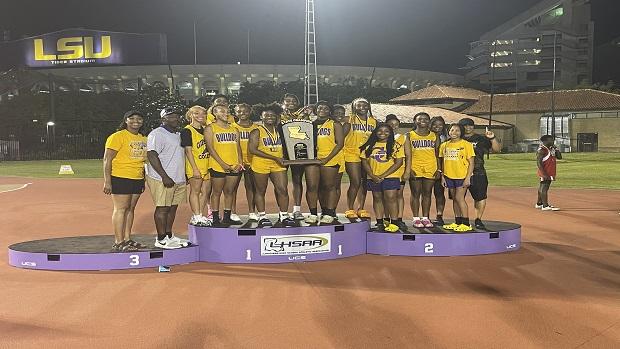 "It means, a lot," Coach Haulcy said. "Especially to Ke'honesty Williams since she's a senior on the team. She is the only senior. She has won an event every year since she was in the seventh grade."

Another motivating factor, according to Coach Haulcy, is the fact that most of the girls on the track and field team finished as runner-ups in basketball.

Sampson was also on the winning 400 relay.

Gibsland-Coleman also had a good day in the high jump, where they picked up a second place from LA Jordan Allen (4-8) and a fourth place finish from Destiny Hardy (4-6).

The Lady Bulldogs also got eight points from a second place finish by Baleigh Haulcy in the triple jump (32-9).

"It feels good," Williams said. "As I told my team, we have to bring it home this year. It's a must. It's my senior year. I've got to go out loud."