We take a look at some freshmen and sophomores who are already starting to shine in the state of Louisiana. All five of these athletes shine in their given track and field disciplines.
Take a look below as we dig a little deeper into what makes each of them a rising star. We've also linked to several underclassmen rankings lists.

The Top 25 Freshmen and Sophomores In All Events 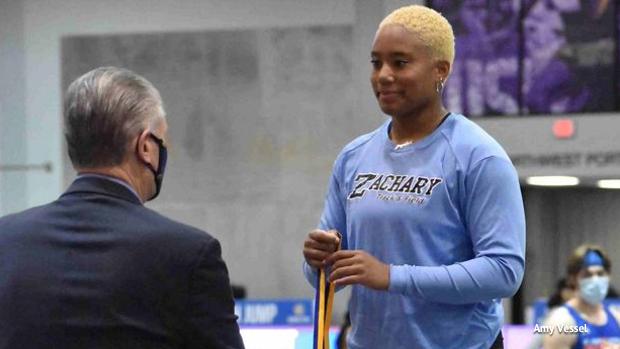 Zachary High Schools Jaydan Jackson is not only the top sophomore thrower in the state but also the top overall thrower in the entire state, regardless of grade.

Not only does Jackson have the top marks, but she also has shown consistency from season to season. After winning the indoor D1 state title in the shot put with a throw of 42-05.25 she didn't skip a beat moving right into outdoors season just one weekend later with a throw of 39-7. The St. Joseph's Academy sophomore is at the top of the freshmen and sophomore class leaderboards for both the long jump and triple jump.

Castelluccio has jumped 16 feet 10 inches in the long jump and 38-1 inch in the triple jump. Her long jump mark ranks third in the state for freshman and sophomores and 14th overall, while her triple jump is the state lead regardless of grade.
The top overall long jumper for the freshmen and sophomore class is Lutcher's Jashyra Thomas. Thomas's mark ranks fifth amongst all grades.

Gray has posted some of the top all-condition times for the freshmen and sophomore classes in the state for the short sprints. In the 100m, she has run 11.99 seconds while in the 200m she has posted a time of 25.82 seconds. both of these performances came from the Carver Classic.
Gray has been fairly consistent throughout the season in both the 100m and 200m. She traveled to Texas to compete at the TSU Relays where she placed fifth overall behind four seniors. One of those seniors was John Curtis's Raven Nunnery who placed second in that race running 11.94.
Gray also runs the 400m where she holds a personal best of 59.67 and competes in the long jump where her personal best is 13-3.
Related Links:

Louisiana distance athletes should be no strangers to the name Brynn Kelso.

Kelso has raced with varsity athletes since 2018 when she was in middle school.  She is a sophomore now who has already made a name for herself in the state.

In the outdoor season, she has already bettered her 1600m time to 5:12.51 and come very close to her overall 800m PR with a 2:22.85. Her times in both those events currently rank first in the state for the sophomore class. Her 1600m ranks Lousainia No. 3 regardless of grade while her 800m ranks 6th in the state.

Kelso has the potential to drop even more time as the season progresses with two fairly attainable gaols to chase of sub 2:20 in the 800m and sub 5:10 in the 1600m. 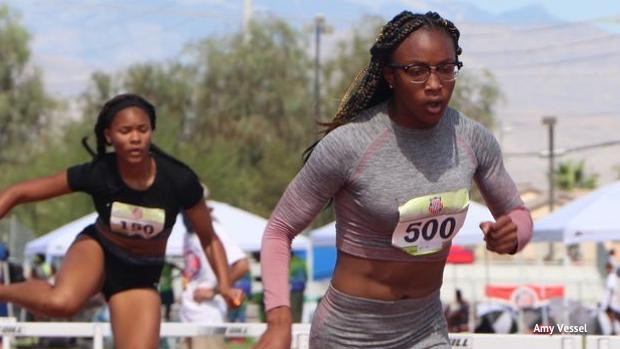 There are some strong athletes on this list but Harris may just be the strongest. Just this weekend the freshmen posted a new 400mH PR of 1:01.86 at the Coach Miami Presents: The Florida International.

That time is not only No. 1 in the state of Louisiana but also the new US No. 2 time only behind North Miami (FL) High School Senior Amanda Kinloch. Kinloch just edged out Harris at the Coach Miami Presents: The Florida International, running her own 400mH PR of 1:00.20.

Harris's time currently ranks US No. 28 all-time for freshmen, but if she were to shave off a second before the end of the season she would be inside the top four freshmen marks all-time.

The accolades don't stop there for Harris though, as she has also posted one of the fastest all-time 300mH marks as well. She ran 42.29 seconds at the Hornets JV III on March 22nd. That mark ranks 10th all-time for freshmen.