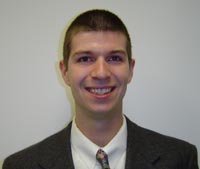 Though recognized as a key training tool tempo runs rarely get fully explained or understood by coaches and athletes alike. There are lots of slang and semi-technical terms to describe these efforts-steady state runs, tempo runs, high aerobic runs, lactate threshold runs, aerobic threshold runs...the list could go on for at least a paragraph. But no matter how many names we have for the same thing tempo, runs still remain one of the most abused and misunderstood workouts on the runner's menu of training choices. In this article the concept of tempo runs will be explored from coaching theory after which I will offer some practical tips about the nuts and bolts of the how and when to use tempo runs to improve your running.

Tempo runs are essentially runs ranging anywhere from 10k pace (for slower runners) to marathon pace (for world class athletes). When you go out for a tempo run you will benefit from the workout in a couple of clear-cut ways:

A bit of history might help show where tempo running came from and how we have arrived at our current ideas of using this training technique. In the 1940's and 1950's interval training was essentially the only type of running athletes used to build their fitness levels. It wasn't until Percy Cerutty and Arthur Lydiard advocated longer, continuous runs that interval-based training was questioned at great length. After Lydiard's athletes demonstrated the tremendous benefits of aerobic development the American coach Bill Bowerman-and later his protégé, Bill Dellinger-would fine tune the use of longer aerobic running. Throughout the 1970's and in the early 1980's Dellinger's athletes dominated American track and field. One of his key workouts was the tempo run. Dellinger described the tempo run as a "hurt but hold" effort.

With the rise of exercise physiology around the same time Dellinger worked closely with Athletics West, an elite group of athletes based on the West Coast. During this time exercise scientists discovered that tempo running was the missing key to bridging short, speed-based interval training with long, slow distance (LSD). Jack Daniels came to suggest that a tempo run could be defined as "A tempo run is nothing more than 20 minutes of steady running at threshold pace." (http://www.runningtimes.com/issues/99dec/tempo.htm) This "threshold pace" corresponds roughly with the speed you can run all out for approximately one hour. It generally is 90% maximum heart rate.

Daniels nailed this effort down to a specific "speed zone" and later developed several experimentally-based performance charts for easily determining the ideal pace to train for tempo runs. He advocates a few basic approaches to training at this intensity:

One down side of Daniels' research is that he marks very distinct zones. Several other coaches recognize finer shades of "tempo" running that can benefit athletes across the board. Tony Benson, for example, developed a system closely resembling Arthur Lydiard's build-up pattern. Within this phase he has athletes run long aerobic efforts of anywhere from 25 to 50 minutes at 85-87% maximum heart rate. Benson's training program assumes this pace to be roughly equivalent to marathon race pace.

For Benson, runners should approach these longer aerobic runs based largely on their ability level and mileage loads. Below is a list of distances and the corresponding times one should ideally be able to run before using "tempo" runs of various lengths.

Benson does encourage marathoners and more experienced runners to use longer time periods-of up to one hour and fifteen minutes-but the paces and heart rates of these efforts are not as strenuous. These longer effort are almost mirror images of another Bill Bowerman protégé, Bob Williams. Bob Williams coined the term, marathon pace, as he and Jack Daniels use it, to describe runs of 10 to 15 miles at goal pace for the marathon. Runners training specifically for the marathon start out running a given distance, often relatively short, perhaps one third of the marathons length (8 miles or 13km) and build up to 15m (25km) at goal marathon pace. It is believed that these paces ideally correspond with 80% of one's max heart rate.

As you can see, there is really an endless variety of training that you can do at "threshold" paces. However, as with any training program, it is invaluable to use these workouts as wisely and efficiently as possible. Here are some of the key things to consider when using tempo runs:

Here are some practical tips about incorporating tempo runs into your training program: For more information about tempo runs be sure to check online or at your local bookstore. Hopefully you will better informed about how to get more bang for your buck next time you rev up your engines to tempo speed.