Eleven years ago the EHS Roudtable Run happened in third week of September, so let us have a look at what happened then and compare it to this past week.

We only have the top 15 results but that is more than enough to recognize a few future stars (and ones that were currently running great times). Ciera Johnson and Kadi Whisnat can be found amongst the various names on the list. The boys list contained no slouches either, as Andy Florek, John Thomas, and Sean Swanner all ran with the front pack. 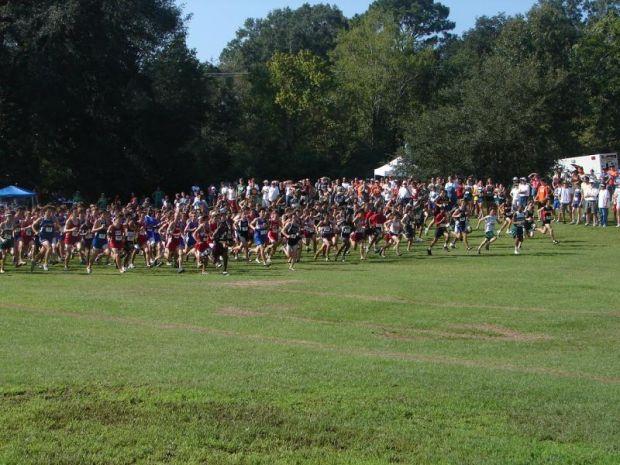 A later, post-Katrina iteration of the EHS roundtable run from 2006.

What is interesting is the times compared to the race we recently had. While temps at the race were a little warmer than what we got this past weekend, the course was drier for the former meet. We will give the girls a little reprieve as they were still getting use to racing 3 miles, but to see how far we have come, the winner in the girls race would have placed 9th in the race this past weekend and 15th place in 2004 would have been 25th place. On the boys side though, the disparity was much greater. Only two boys broke 16 in 2004 and 9 broke it this past weekend. Also, 15th place in 2004 would have finished 40th place in 2015. It seems like the sport is definitely moving in the right direction as far as competitiveness.