Once upon a time there was an awesomely fast meet in LA called the Calvary Invitational which brought together the top harriers from north of the wall, I mean north of Alexandria, to run times on par with Highland Park.

It was a hot day which reached a high of 97, but that didn't stop some fantastic times. Alison Ringle dispensed some top name girls that you may have heard of (Kaitlin Tanner, Sara Funderburk, and Hailey Hesterman) as if they weren't even in the race. She won with a time of 17:53 and won by 72 seconds over Tanner. Ringle now reps the Crimson Tide of Alabama. 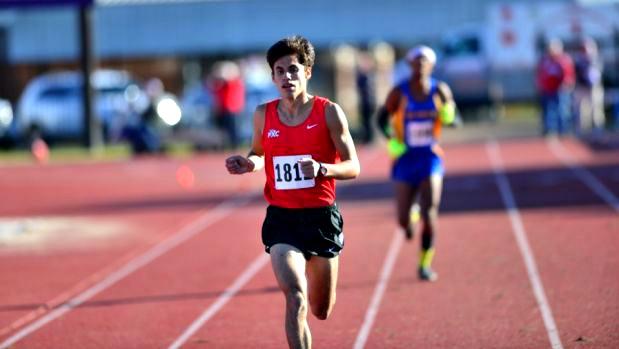 "El Kingfisher" as he known in some circles, finishing the state xc meet in first.

On the boys side, two LSU signees went after it Daniel Tanner taking down the mighty Hayden Kingfisher by 23 seconds with a 15:46-16:09 victory. You might recognize several other names who have made their way into the top of a few performance lists in that group.