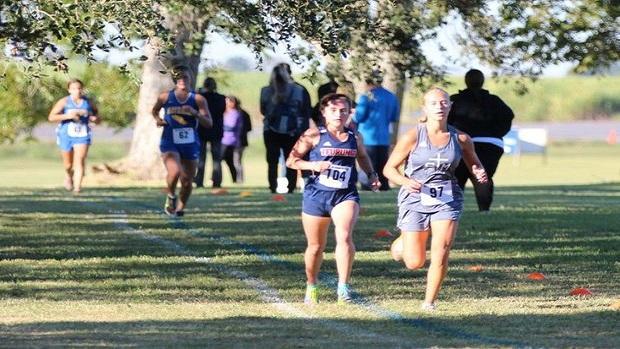 ST. THOMAS' MORE'S ELLIE BOND RUNS HER WAY TO A WIN IN SATURDAY'S AIN'T NO SHADE IN CADE!

Who is the MileSplit LA Girls' Performer of the Week?

Vote on your favorite performer from Saturday's action. Poll closes on Sunday at 11:59am.

BYRD'S JENNA KEY - The 2021 LHSAA Class 5A runner-up showed Saturday that she is ahead of where she was at this point last season. Running all alone, Key ran an 18:06 to win the C.E. Byrd October Invitational at South Bossier Park. This is Key's fastest time on a course where she has competed more than any other. Looking forward to the Watson High School Classic in Clinton, MS on October 15, where Key will have the opportunity to run with girls who will be able to push her to run even faster.

ST. JOSEPH'S ELISE BROWN - Brown was St. Joe's No. 2 runner on Saturday and she finished No. 6 at the St. Joseph's Academy Invitational with a time of 18:07.59. Her performance was fa big reason the Stickers won the team title--scoring 42 points, 45 points lower than runner-up Episcopal.

ST. THOMAS MORE'S ELLIE BOND - From the picture above, you can see that Bond did in fact find some shade at ESA's Aint No Shade in Cade Race. Bond won the girls' race, holding off Angelle Dupuis from Teurlings Catholic, with a time of 18:57.58. In doing so, Bond led STM to the team title. St. Thomas More scored 59 points.

EPISCOPAL'S MOLLY CRAMER - The times that this seventh grader is putting up this season is nothing short of incredible. Cramer was at it again this Saturday at St. Joseph's Academy Invitational. Cramer ran a 18:10.32 and finished No. 7. Her performance was one of the reasons that Episcopal scored 87 points and finished as the runner-up in a loaded field.

CEDAR CREEK'S CAROLINE JAMES - James had her best time of the season by over 30 seconds at Saturday's C.E. Byrd October Invitational where she finished No. 6. She is trending in the right direction with just over a month to go before the LHSAA Cross Country State Championships, where last year James finished third in Class 1A as an eighth grader. James was Cedar Creek's No. 1 runner on Saturday.