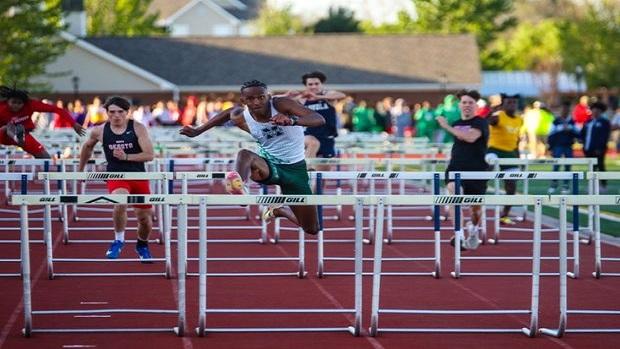 Going into the 2022 season, Mansfield head coach Mychal Word, in his fourth year as head coach, had a feeling his team would be in a position to win a state championship. Heading into Saturday's Class 3A LHSAA State Championship, his team is the favorite.

He wanted to do something special, so he invited the 1987 state championship team to come to the Wolverine Relays, and be honored for what they accomplished.

"The reason we did that is because we knew this team--this year--would have a chance," Word said. "We wanted to show them that it can be done in our town. It has been done, and we wanted them to see the guys who made history. Now, it's their turn."

"The reason we did that is because we knew this team-this year-would have a chance," Word said. "We wanted to show them that it can be done in our town. It has been done, and we wanted them to see the guys who did it."

The team included All-American Jerry Wilson, who-until last summer-had the fastest 400m time in Northwest Louisiana history. Captain Shreve's Marquez Stevenson ran a 46.85 at the AAU Junior Olympics to unseat Wilson and take the No. 1 position in the all-time rankings.

Stevenson was at the Wolverine Relays and was able to meet the man who held the record for over two decades.

Word says he is more nervous now than he every was as a half-miler at both Airline High School and the University of Louisiana-Monroe.

"I know they can do it," Word said. "They just have to go out on Saturday and execute. That is what I am most nervous about."

Of all of the impressive performances this year, Word said he has been most impressed with Nick Davis.

Davis is seeded No. 2 in the 200 going into Saturday's state championship. The race will definitely be one to keep an eye on as the No. 3 seed is E.D. White's Chris Gravois (22.11). E.D. White, as well as Iowa, look to be Mansfield's biggest threat in the race for team honors.

In the 400 meters, Kadarious Terrell and Jamarius Washington were able to accomplish the same thing-going first and second at regionals. Terrell won with 51.61 while Washington was runner-up with 52.06.

According to Word, this will be Mansfield's final year in Class 3A. Next year, the Wolverines will be dropping down to 2A.