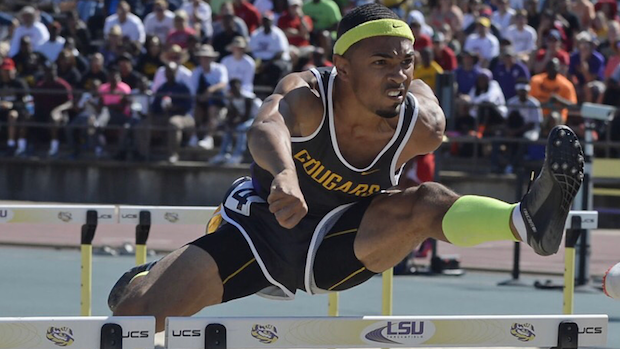 What was your most memorable race/throw/jump/vault/moment?

My most memorable race would have to be my state meet where I took down both the 110mH and 300mH school records. Later becoming the 4A state runner up in 110mH and state champion in 300mH.

Who would you consider your biggest competition over your four years?

What was your greatest accomplishment?

If you could do it all over again what would you change about your running career in high school?

What were the most difficult obstacles you had to overcome?

Running on a bruised heel.

What will you miss the most?

What advice would you give to younger athletes?

What influence has your coach had with respect to your performance and overall life goals?

They're the ones who got me involved in hurdles and worked with me during both school and the summer to make me better.

What are your college plans?

I'll be attending the University of New Orleans on a track scholarship.

Who would you like to say 'thank you' to?

My coaches, team, and parents