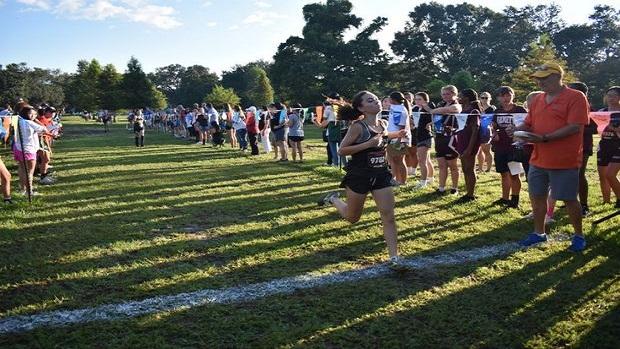 Who is MileSplit Louisiana's Girls' Performer of the Week? (Sept. 11-17)

Once again, it was impossible for us to choose which girl had the best performance during week No. 3 of the Louisiana high school cross country season, so we are leaving it up to the MileSplit Louisiana audience. Vote on your favorite performer. Poll closes on Sunday, September 25th at noon.

St. Joseph's Hannah Vaughan - led an impressive team performance by SJA at the Southern Showcase in Huntsville, AL. Vaughan posted a 5K time of 19:06. The 5K personal record for Vaughan was good enough for 27th place. Vaughan's performance helped the Stickers finish in ninth place out of 37 teams.

West Monroe's De'siree Boyett - The junior finished third at the 2022 Warhawk Invitational. Her 22:52 5K performance helped the Lady Rebels to a one point victory over St. Frederick.

Academy of Sacred Heart's Leah Varisco - The freshman won the St. Thomas Aquinas BSN Invitational with a time of 19:48.

Lake Charles College Prep's Kirfan-Loryn Williams - The freshman Trailblazer finished second in ULM's Warhawk Invitational with a 5K time of 22:43. For her efforts, Williams, who has two runner-up finishes and a win in the first three cross country meets of her career, is this week's MileSplit LA Future Star.