Speed is coveted by every athlete in every sport, but properly training up an athletes speed can be the different between winning a championship or not.  When we talk about speed there are a couple factors at play.  There is top end speed which is what an athlete can hold for roughly 30 meters, then there is speed endurance which is the speed an athlete can hold for an extended period of time.  Both are equally important in terms of development and athletic progress.

Top end speed opens up the majority of the ability in the events a high school athlete can run.  In certain instances, a high school athlete may be above average in the mile or two mile without "good" speed, but the closer that athlete gets to state or national level competition the bigger his or her disadvantage will be.  Top 3200 runners on a national level can run under 52 in the 400 for boys and under 62 for girls.  What this mean is that if the athlete can't run 13 seconds for a 100, it will be very difficult to progress to an elite level, even in the 3200.

If we can improve an athlete's top end speed, we can open up the opportunity to develop what is called "speed reserve".  This is a principal that more or less states that the faster an athlete can run at a shorter distance, the easier it is for that athlete to run a slower pace for a longer distance.  For instance, it is nearly impossible to get an athlete who can only run 58 for the 400 to run 2:00 for the 800.  If we can get that athlete to run 53 seconds for the 400, though, it becomes much more reasonable to have that athlete shoot for 2:00.  You can further break that 400 down into smaller units and see how progress at the shortest distances make a difference at the longer ones.

One item to consider before an athlete begins to train sprint speed is learning proper form.  Fixing backside mechanics, getting the athlete tall, and teaching proper arm movement can increase an athletes performance significantly without even training true speed.  This type of form work can be at sub-maximal velocities where the athlete can consciously think about the movements they are making. 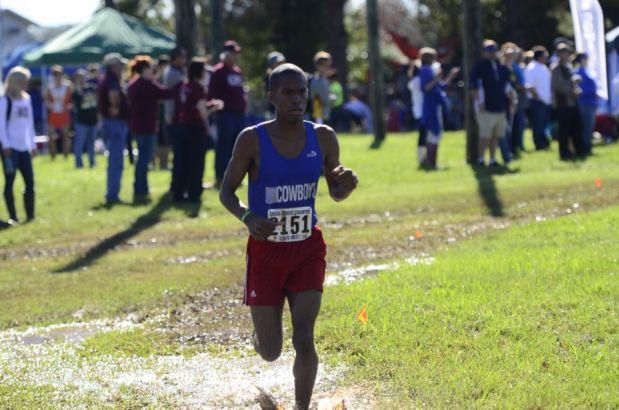 For speed endurance, this will change somewhat depending on the event, but the goal of training speed endurance is the ability to maintain speed for an extended duration.  We often see sprinters who can run 22.xx on a relay, but can only muster 51-52.xx on the 4x4.  Part of this issue could be mental, but another part is physiological.  If you've never trained further than 250 or so in practice, you can't expect to have a strong performance in the critical zone of the 4x4 or 400 which is the last 80-120 meters.  You have not trained the important physiological aspects of the event and thus cannot compete in the critical zone.  For a 400 runner, running over 350 meters (or sprinting at a proper pace for the time duration that you are expecting to run in the 4x4) in practice is a must.  Many 400 runners will do overdistance of 450-500 meters early in the year to increase stamina, but this leads to the next important aspect of speed endurance.

Lactate buffering for 400-800 meter runners is another crucial element of training.  Exposing an athlete to fast paces for extended distances in training will help the body learn to buffer acidity during a race.  How many times do we see an athlete hit 58 at the 400, 1:30 at the 600, then crawl home in 2:08?  That athlete almost assuredly lacks the ability to buffer lactate during the critical zone of the race and can no longer maintain his or her effort level which has less to do with their speed reserve and more with their lactate tolerance.  Lactate tolerance work is much more of an 800 meter runners problem than 400, although buffering capability should be trained for both.  While lactate buffering is not an element of speed development, it is important to note as a limiting factor for 400-800 racing.  At some point an athlete will have a hard time further increasing top end speed and speed reserve and consideration for buffering should be present in training.