On a gusty evening in November of 2013, the Northshore Metro championship became the talk of the state leading into the LHSAA championships the following week. 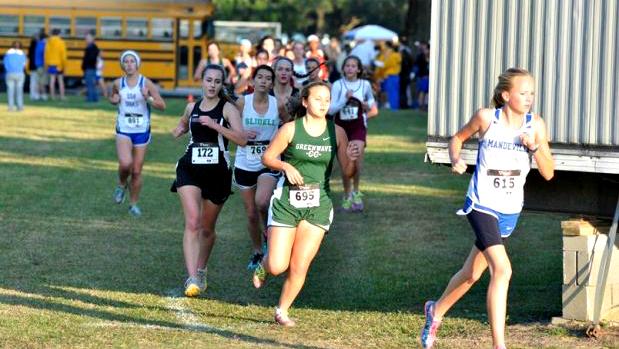 As temperatures dropped into the high 50's/low 60's around race time, the fast course and great weather gave way for some amazing performances. In the girls race, four girls dipped under the 18 minute mark led by recent Furman commit Gabrielle Jennings. Her performance still ranks as one of the best all time marks in LA history. Also breaking 18 was Clarissa Smith, Celia Zaeringer, and Olivia Murphy who led the Mandeville contingent to the win over SSA.

In the boys race we saw two boys break the 15 minute mark, both from St. Paul's. Zach Albright won in a smoking 14:41 which was the fastest 3 mile mark in the state since well before the Milesplit era. Runner-up Eric Coston ran a 14:49 which is the fastest recorded freshman time for Louisiana. Coston also set the fastest recorded junior time this year with 14:34. St. Paul's won the meet with 18 points, having little resistance all season long. They would go on to win the state meet the following week without much of a challenge as well.