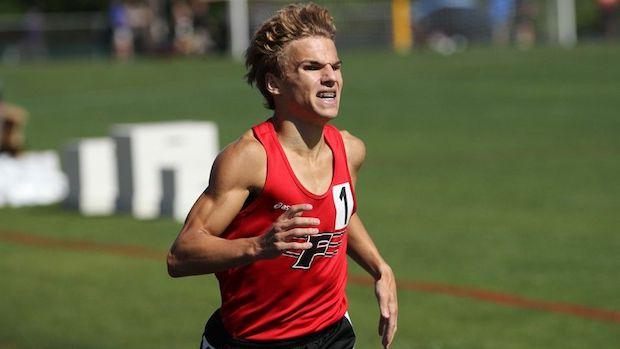 At this past Saturday's Mobile Challenge of Champions in Alabama, the state of Louisiana was well represented in the boys distance races with a clean sweep of all three invitational races in the boys 800, mile and two mile.

Fontainbleu's Adam Wise, a state runner-up at the past two indoor and outdoor state meets in the 1600, ran a lifetime best of 4:18.61 to win the invitational boys mile in Mobile. Wise took charge early on to lead the field thru the first half mile in 2:04 and was able to drop his challengers in the final lap for 8 a second margin of victory.

Three years ago as a freshmen, Eric Coston of St. Paul's finished 7th at the Mobile Challenge of Champions two mile with an outstanding time for 9th grader at 9:26. In his final opportunity to claim a title in Mobile as a senior, Coston delivered winning the boys two mile on Saturday in 9:22. Coston took the lead from the gun and never looked back en route to a 5 second victory.

Another dominant performance by a Louisiana distance stud with front running as the winning tactic was seen as well in the invitational boys 800 with Cameron Farris of Pineville darting out to the lead with an aggressive first 400 and holding onto the win in a new personal best and state leading time of 1:53.22.

More from Mobile Challenge of Champions