We won't know exactly what the state meet will look like until the end of next week, but here are some possible match ups and team races to watch/think about until then: 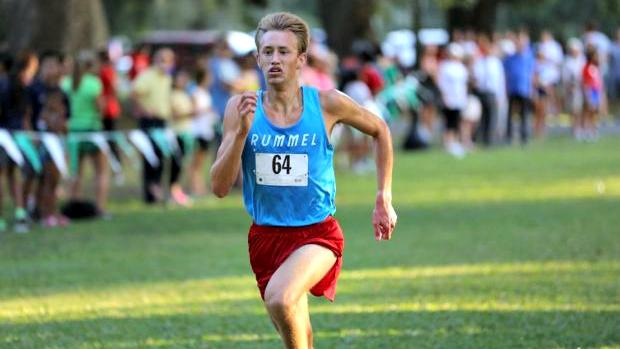 Because four distance events is too much of an advantage (but eight sprint events outdoors isn't), distance runners have to choose between running either the mile or the two mile (could you imagine telling sprinters to decide between the 100 or the 200 because you can't do both?).  Every year this leads to interesting games of cat and mouse, trying to figure out what event the other runners will do.  One big factor is always if the team is going to try to put together a serious 4x8.  Putting your top dog in a 4x8 that has the chance to only score a couple points at best makes little sense if that person is a major player for points in the 3200.  Athletes from the to teams in the 4x8 rarely have issues from doubling back from the 1600 or 800, so it mainly affects the 16-lappers.  Here are some scouting reports for each division:

Large Girls: The girls from the large schools have a big divide between the contenders and the next tier, and with several top names from one school it makes it a bit easier to figure out where the chips lie.  Claire Crosby of Mandeville looks to be the top pick in the 1600 with the next best girl 10 seconds behind.  That girl happens to be Angelle Primeaux of Lafayette who is the top 3200 runner though.  I would imagine Primeaux will see action against Olivia Murphy of Mandeville.  Both may be coming off the 4x8 but still may be a step ahead of the rest of the field, even tired.  Then in the 800 Chelsey Jones of Mandeville is the top pick but is only a second ahead of some solid runners.  Coming off a 57-second 400, though, I would take her for a 2:16-17ish victory.
Small Girls: Whichever race Gabrielle Jennings enters, she will win.  I don't think many people will argue that.  Judging by the past few years she has traded off, one year running the 1600 and the other running the 3200.  Going with the pattern, she would be doing the 3200 this year and unless she thinks she can run a state record, she may settle for winning the 800 as well and time trialing the 3200 to the best of her ability.  This would put Alicia Stamey as the front runner for the 1600.  As evidenced in cross country, we can take nothing for granted as Alissa Landers beat her out, but entering the state meet she has a 14 second lead over the next two small school girls.  Her brother was known for his ferocious kick, so there is a wonder if the races came down to a sprint could she have one of her own?
Small Boys: Austin Ballow is the pick of the litter here and can choose which race to win, the 1600 or the 3200.  Sure, his qualifying time in the 1600 is only 4 seconds ahead of 4 other small school runners, but his 9:44 suggests he can run a 4:29 or better if he needs.  Sumner doesn't even have a 4x8 so the choice here will be the 1600/800 double which he can win the 1600 and be a podium finisher if not winner in the 800, or to cruise to victory in the 3200 like he did in XC.  The next name to watch is Michael Brown of Newman who is the top small school boy in the 800.  It is his specialty and we can expect to see him there, even if it is a double back from the 1600, although he ran the 800 and 3200 outdoors last year so there is certainly precedent for that.

Large Boys: This is basically two runners figuring out where to posture themselves.  I would expect at least one race against each other if not three.  Devyn Keith of John Curtis is only qualified in 2 of the 3 distance events, so there is no mistaking he will enter the 1600 and 800.  He will also be the anchor on the 4x8 and a leg on the 4x4.  Eric Coston of St. Paul's is qualifed in all 3 distance events and his team is qualified in the 4x8.  Devyn has not lost to Eric in their two indoor encounters, but if NOLA XC Metro showed us, Eric can take him if he isn't focused on what he needs to do to be successful.  This could play out in a number of different ways.  First being Eric could take Devyn on straight up in the 1600 and 800 and the two could have a battle of who is least tired in a third event as both their teams attempt to usurp CHS in the 4x8.  The second is a bit more likely which would be a fresh Eric taking on a tired Devyn in the 800 (although I don't see the pace in the 1600 being nearly fast enough to wipe Keith enough to neutralize his kick), then if his team has intentions of competing for the podium, run a leg on the 4x8, but otherwise coming back to run a 3200 and win relatively easy.  While it will certainly take a sub-10 to score in the 3200, I don't imagine anyone else can run the 9:25 it would take to beat a tired Coston. The rest of the field is a secondary race attempting to be the first runner across the line not named Eric or Devyn.  I would imagine that CHS will run their athletes in a way to maximize team points to win the very tight team battle.  I believe this would put David Toups in the 1600 and 800 then finish the day in the 4x8 (while possibly being a 4x4 alternate).  Toups has great speed and is a savvy racer.  His job will be difficult should several athletes like Jacob Daigle or Adam Wise choose the 1600 as well, since there could end up being a decent log jam, blocking precious points.  Regardless, he will be a podium contender in both events.  His teammate Jeffery Kelley is also a podium contender in the 3200, but the question is, does he run the 4x8 first to help CHS try to get the relay win?  This would definitely take a bit energy out of him and the way Connor Killian has been racing, it may take a sub 9:40 to get that second (or first if Coston doesn't run the 3200) place spot.